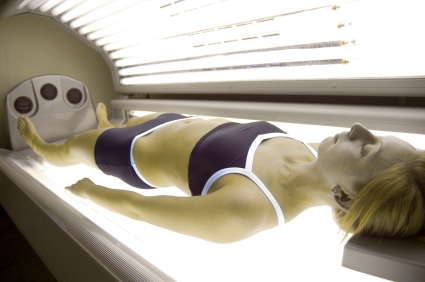 A healthy dose of ultraviolet radiation from the sunlight and medical artificial UV devices triggers the body to produce vitamin D. Vitamin D helps keep bones and teeth strong and healthy. In addition, some medical conditions are treated with ultraviolet radiation, such as vitiligo (a skin condition caused by an autoimmune disease). Someone who has vitiligo loses some of the brown skin pigmentation and is left with white blotches on the skin. Psoriasis, one of the most common skin conditions, is also caused by an autoimmune disease that affects roughly 7.5 million people, and this condition responds to UV rays. UV radiation is also used to treat lupus, eczema, and rickets.

Ultraviolet radiation does not only come from the sun and artificial tanning devices, such as tanning beds and lamps. It also comes from a number of different –and unexpected – sources. These include:

There are three types of ultraviolet radiation rays. Type A and B are the two types that people are exposed to while outside in the sun, and they are those you get from tanning equipment. The third type, type C, is the most dangerous type. Luckily, it does not pose a threat to anyone because it cannot penetrate the ozone layer. We do not need to be concerned with type C.

Type A is known as UVA radiation, and it has the longest wavelength. In direct sunlight, it can infiltrate the middle layer of your skin (called the dermis layer), which is the layer below the epidermis.

Type B is known as UVB radiation, and it has a shorter wavelength. It can only infiltrate the outer layer of your skin (called the epidermis layer), which is the layer of skin that becomes sunburned.

Type C is known as UVC radiation, and it has the shortest wavelength. As previously mentioned, it poses no threat. UVC wavelength is too short to infiltrate the Earth’s ozone layer.

It is important to remember that if you are going to be outside, three things vary throughout the year. These include the amount of the ozone layer, cloud coverage, and the height of the sun. The ultraviolet index is forecast given by the National Weather Center each day. The index is based on three factors. These include:

The information below is from the National Weather Center.

Before you go outdoors for activities, check your local weather channel or the internet and see what the UV index value is for the day. Be sure to use sunscreen at all times, and if the index value is moderate or high, consider wearing a hat and an outfit that will provide some extra protection. You can be safe by knowing about UV radiation and how to protect yourself and your family.