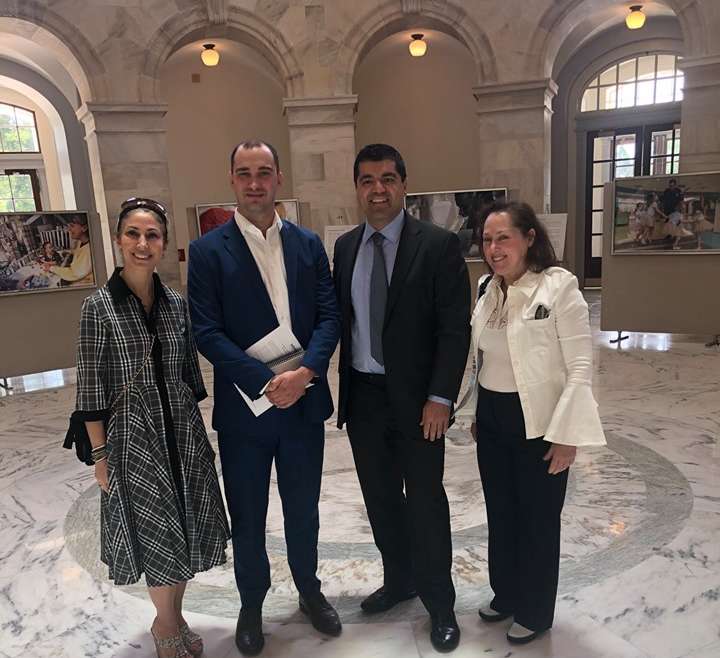 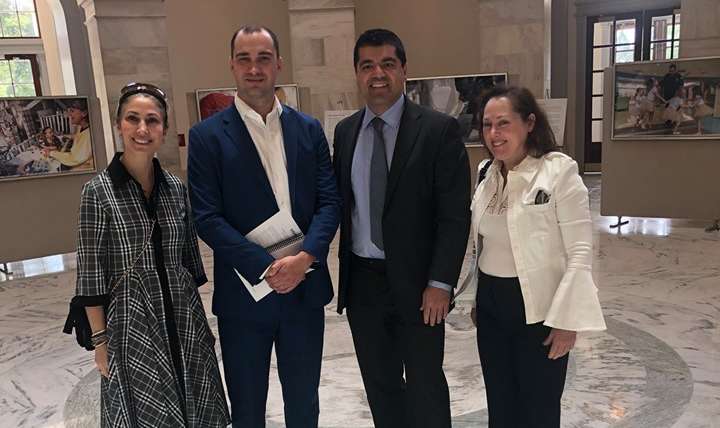 Dr. Bajoghli visiting US Senator Tim Kaine’s office as the president of the Medical Society of Virginia along with other board members discussing healthcare issues and advocating on behalf of physicians and patients.

Some interesting facts about the Russell Senate building…..Among the senators who had offices in the Russell Building were five who went on to serve as president of the United States: Warren G. Harding, Harry S. Truman, John F. Kennedy, Lyndon B. Johnson, and Richard M. Nixon. Kennedy announced his presidential candidacy in the caucus room.
The Russell Building also became familiar to moviegoers as the setting for such classic Hollywood films as Mr. Smith Goes to Washington (1939) and Advise and Consent (1962).